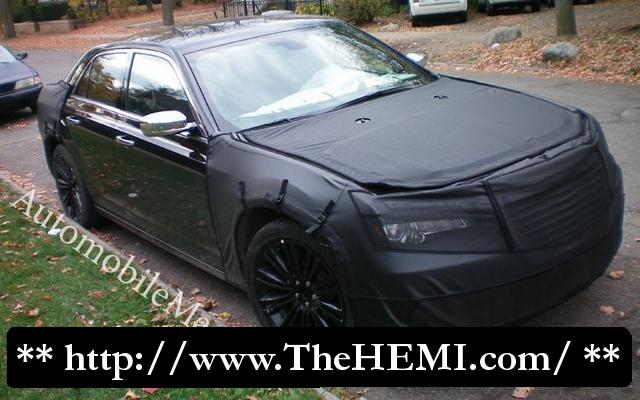 
Ann Arbor, Michigan may be known as a beautiful collegiate town, but being a short jaunt from Chrysler's proving grounds in Chelsea, it's also a good place to spot future Mopar machines out testing. Such was the case this weekend, as we spotted a 2011 Chrysler 300 prototype parked on a street not far from our offices.

Although Chrysler is expected to unwrap the new 300 shortly, the car and this prototype are still under wraps. As long predicted by a number of teaser shots, the new 300 receives a rounded front fascia, a new grille, and headlamps patterned after those on the 200 sedan and 200C concept.

Thanks to some serious camouflage, it's a little trickier to see how designers revamped the rear quarter panels and decklid. A small lip spoiler seems to protrude from the trunk, while the rear door stampings hint at chiseled character lines and pronounced fender flares.

If the ovoid dual exhaust tips are anything to go by, this 300 likely has Chrysler's 5.7-liter (don't call it Hemi anymore) V-8 underhood. That engine will remain part of the 2011 300's lineup, although the two V-6 engines currently offered will be dropped in favor of Chrysler's new 3.6-liter Pentastar V-6. We're not entirely certain what transmission will appear in the car; the 2011 Charger is launching with a five-speed automatic transmission, but we've heard from sources close to the program that Chrysler's new ZF-licensed eight-speed automatic will eventually work its way into these cars. 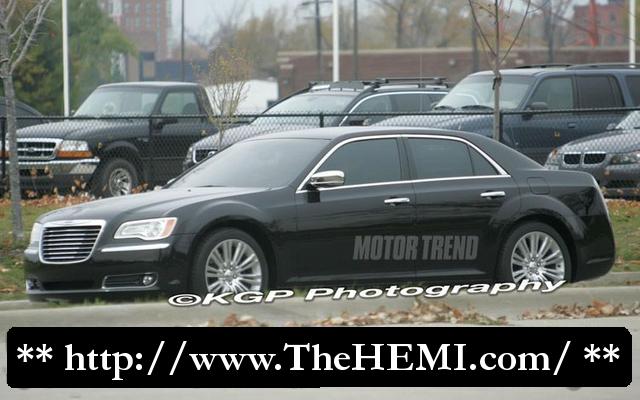 
Chrysler's been on a mission to update its lineup at record speed since emerging from bankruptcy last year, and the Chrysler 300C is one of the group's key vehicles pegged for significant refreshing. Nearly ready for its release as a 2011 model, the new Chrysler 300C was recently spied by our photographers while undergoing promotional filming. Completely undisguised in public for the first time ever, we can finally see the finer details that distinguish new from old.