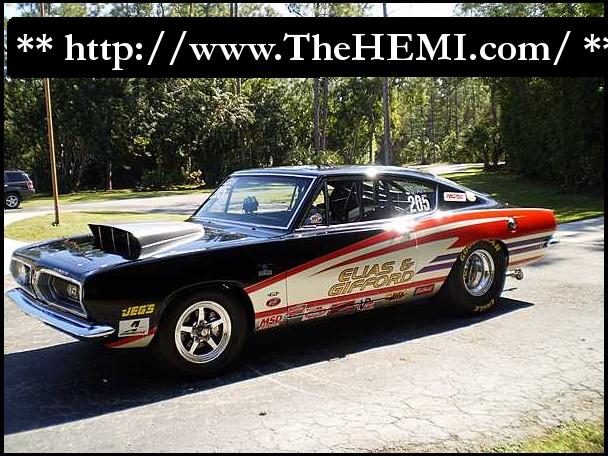 
This 1968 Plymouth Hemi Barracuda is one of the 55 original “Checkmate” BO29-code factory Hemi racers. It ran on the east coast before being acquired by “Bullet Bob” Reed of Florida, who campaigned it for years and held the NHRA SS/A record during the 1970's and 80's.

After winning the 1987 Indy Nationals, Reed sold the car and it went into storage until 2001, when its new owner found it in mostly original condition, including the Reed paint scheme, the original lightweight glass, doors, fenders and hood, fender tags and VIN tag. The car was put through a complete rotisserie restoration and updated to contemporary NHRA specifications, after which it was raced until 2008 in SS/AH, running in the 8.80s at 140-plus mph.

This rare factory Hemi Barracuda has been meticulously built with all the best equipment and top name components, and is in the same high standard of quality and presentation that previously earned it Best Engineered and Best Appearing Car awards at NHRA points meets.