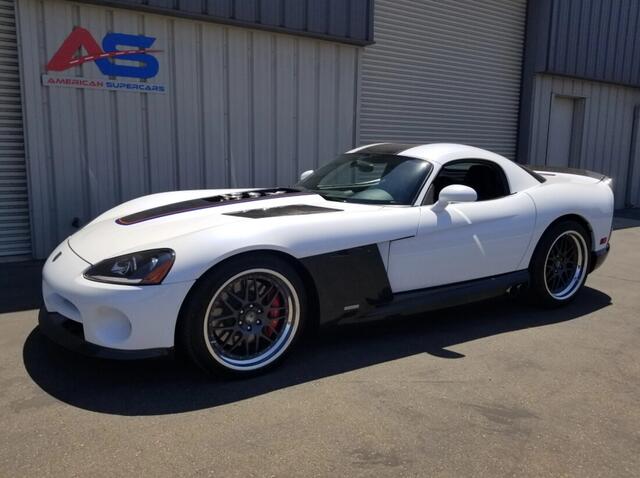 
Known as the ASC Diamondback Viper, the car was first unveiled by American Specialty Cars (ASC) back at the 2006 Detroit Auto Show featuring custom paint called Arctic White Pearl with Viper Blue accents and Mclaren Orange accents. This vehicle would be well over a million to build in today’s money and some features are: 19″ forged custom 3 spoke wheels in grey mesh, lowered 1.25″ and features a custom stainless steel quad exhaust. The power has been improved to 615-hp by the way of McLaren tuning and the special 10 port trumpeted intakes with individual port throttles.

ASC finished the exterior with tons of carbon fiber including the hood, carbon fiber roof, hatch, front chin spoiler, rear fascia, side rockers, deck spoiler, side venting gills and interior accents. ASC announced this Viper as “a snake with an all new skin” for the auto show in 2006.

I never heard about this Viper built by ASC until recently. The intake stacks are awesome.