The Dodge Charger proves you can still sell big cars, here's why

The Dodge Charger proves you can still sell big cars, here's why 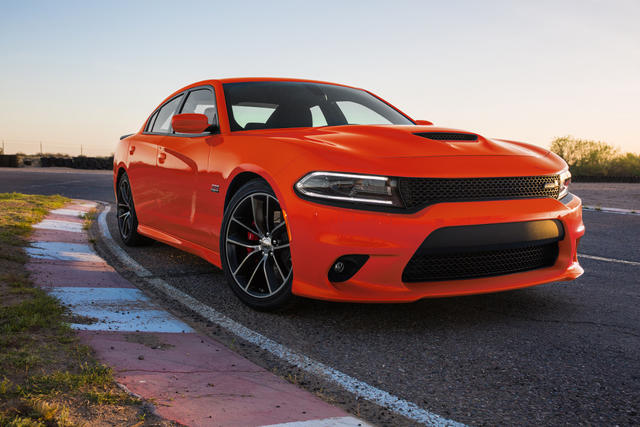 
Full-size American cars are going extinct, but a couple of dinosaurs are hanging in there.

While the Ford Taurus and Chevrolet Impala are set to be discontinued next year in favor of SUVs, the Dodge Charger and Chrysler 300 continue to thrive, with over 72,000 and 43,000 sold through November. This despite the fact that they are among the oldest new cars on sale today, and share a platform that dates back to 2011.

Both totals are down a little from last year, but the Charger saw a 20 percent spike in sales in November month to go with a 55 percent jump for the 300. Tim Kuniskis, who is the new Head of Jeep but used to oversee all of Fiat Chrysler’s North American passenger car brands, thinks he knows the secret to their success.

The Charger is a four-door muscle car with bold styling, rear-wheel-drive and a selection of powerful engines that includes Dodge’s 717 hp Hellcat V8.

“It’s been around for a while, but we keep changing it a little bit, keep it fresh every year. But it’s going up because it’s different, it’s unique, it has a personality,” Kuniskis said.

The 300 is basically the same car in a gangster-style zoot suit, although it tops out with a 363 hp Hemi V8.

Although the future of the 300 and the Chrysler brand as a whole remains a little cloudy, Fiat Chrysler’s late CEO Sergio Marchionne said in June that a totally reengineered version of the Charger’s platform is in the works, with most analysts expecting it to arrive in 2021. His successor, Mike Manley, hasn’t yet indicated any change to that plan.

In any event, Kuniskis is hoping the same logic applies to his Alfa Romeo Giulia, with its standout Italian styling and powerful Quadrifoglio model, which is one of the fastest sports sedans on sale today.

There's not a lot of (affordable) 4-door V8 rear-drive choices on the market.
Scott Moseman
http://www.TheHEMI.com/
Follow us: