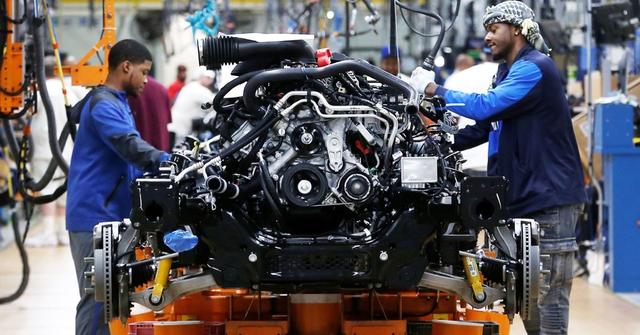 Fiat Chrysler, riding a wave of strong truck and SUV sales, is planning to build a new final assembly plant in Detroit even as other American automakers scale back operations in the U.S., according to people familiar with the plan.

The assembly plant, an old Mack II Engine Plant that closed in 2012, will build a new three-row, Jeep Grand Cherokee SUV starting in 2020 as the automaker moves to keep up with strong demand for utility vehicles, the people said. A spokesperson for Fiat Chrysler would not comment on the report, nor confirm the automaker's plans.

The move comes as the industry faces pressure from President Donald Trump to keep manufacturing jobs in the U.S. and stands in stark contrast to the recent decision by General Motors to stop production and idle five plants in North America including four in the United States.

GM has come under fire after announcing last week that it plans to cut 14,000 jobs in the U.S. and Canada, citing a weakening economy, the escalating trade war and a desire to reposition itself as a smaller, more nimble company. Ford is also scaling back, saying last week that it planned to cut a shift at two of its U.S. plants in an attempt to avoid more onerous layoffs.

Detroit will lose two GM facilities altogether. Both were performing well under capacity and contributing to a dismal capacity utilization rate of just 76 percent across the United States, far below Fiat Chrysler's rate of 90 percent.

Fiat Chrysler's plants are running at close to capacity due to continued strong demand for trucks and SUV's. Overall, Fiat Chrysler's sales in the U.S. are up 8 percent this year, easily outpacing the industry less than one percent according to the market research firm Autodata.

All of Detroit's Big Three automakers are abandoning sedan lines in favor of more popular and profitable SUVs and cross-over vehicles.

Sales of SUVs and pickups have been one of Fiat Chrysler's biggest areas of growth and have kept it ahead of its U.S. rivals. Overall sales jumped 17 percent in November over the same month last year — fueled largely by its popular Jeep SUVs and Ram Trucks.

Ford's sales, by comparison, dropped by about 7 percent in the same period.

I assume a 3-row Jeep GC will be called a Wagoneer in some shape or form. Or so I would hope.
Scott Moseman
http://www.TheHEMI.com/
Follow us: