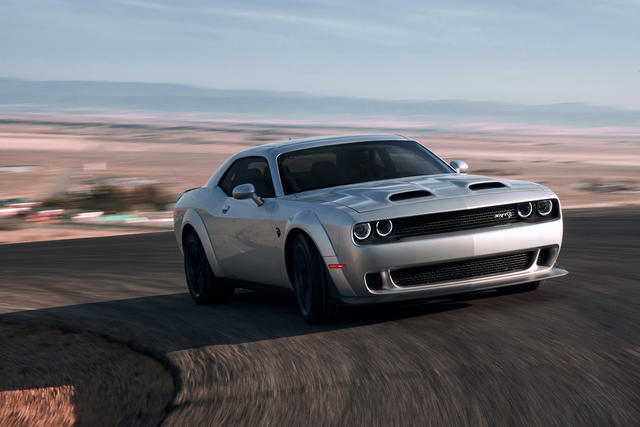 
Lead designer vows not to 'ruin something that's been so successful'

Unverified rumors claim Dodge will make major technical changes to the Charger and the Challenger (pictured) to comply with looming regulations. They'll likely be lighter than they currently are, they could get smaller in nearly every direction, and you can safely bet that they'll incorporate some degree of electrification. The retro-inspired, heritage-laced design is here to stay, however.

Mark Trostle, Dodge's horsepower-addicted chief of design, told Muscle Car & Trucks that looks deserve a big chunk of credit for making the Charger and the Challenger as popular as they are. Horsepower and quarter-mile times help sell cars, but it's the "magic of their design" that lures buyers into showrooms to check out the modern-day muscle cars in the metal. "I wouldn't want to ruin something that's been so successful for us," Trostle concluded.

He compared the Challenger to the Jeep Wrangler, another design icon in the Fiat-Chrysler Automobiles (FCA) portfolio. The offroader entered its fourth generation in 2018; every part of it is new, and it's not a Xerox copy of its predecessor, but it's still immediately recognizable as a Wrangler. Trostle hinted he's planning this type of evolutionary design for the next-generation Challenger. After all, it's part of the company's history, and heritage is something no amount of money can buy.

While it sounds like development work on the next-generation Challenger is ongoing, Dodge isn't finished with the current-generation car yet. The nameplate will celebrate its 50th birthday during the 2020 model year, and it's reasonable to assume Dodge has something special planned for it.

I don't care if they keep the same design, I'm not excited about electrification.
Times are definitely changing for the auto industry. Enjoy our heyday right now.