Why Red Flag Laws Are Not A Good Solution

Why Red Flag Laws Are Not A Good Solution 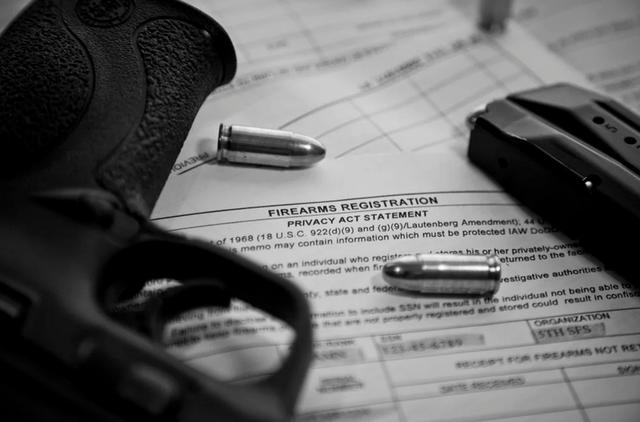 Why Red Flag Laws Are Not A Good Solution To Mass Shootings
https://thefederalist.com/2019/08/06/re ... shootings/


Do you feel comfortable giving up a cornerstone of our republic for a safety dependent upon enforcement by a government that has failed at this before?

The people who report your Twitter account and your Facebook pages because they dislike your opinion want you to trust a government-run system where people can, without serious penalty of law, report you and have your property confiscated before you’re allowed to defend yourself in court weeks, even months, later.

Politicians refer to law-abiding, gun-owning Americans as “domestic security threats,” yet want you to trust them with implementing such a system. I’m talking about red flag laws and the risk they pose to due process—you know, those other rights after the Second Amendment in the Constitution.

There is nuance to be had here, for sure, but realize that it is an abrogation of due process to invert the order of “innocent until proven guilty” to “somewhat guilty until proven innocent.” The question isn’t whether these laws do this, the question is whether you feel comfortable giving up a cornerstone of our republic for a safety dependent upon enforcement by a government that has failed at this before.

The murderers in Parkland, Florida and Dayton, Ohio, are two recent examples. These two monsters were walking red flags with access to firearms and yet, with all of the laws available to adjudicate them ineligible to carry or purchase guns, they continued unabated until the unthinkable. They weren’t stopped.

In fact, the Parkland murderer was coddled by a school district that pretended a refusal to report crime (thereby suppressing their criminal statistics) was the same thing as reducing crime, and they received federal dollars for it. That murderer’s violent behavior (beating his adoptive mother, sending death threats to fellow students, and putting a gun to another person’s head, to list a few offenses) was so well known, teachers had a backup plan in case he decided to become threatening, and he was searched every morning after arriving at school.

We didn’t need red flag laws to get either of these individuals before they committed their crimes. According to numerous local reports, had the previous Broward County sheriff performed his duties, case number 18-1958 would not have been able to legally purchase the rifle he used to carry out his evil. From everything reported on the Dayton murderer, it seems barring him from legal purchase or possession of firearms by adjudicating him mentally unfit was entirely possible.

None of this is to say that nothing can be done. To the contrary: I and others have spoken for some time about the need to ensure that the systems upon which we rely to stop heinous would-be criminals at the point of sale needs to be up-to-date with timely reporting of ineligible, violent cases. This problem was pushed into the national spotlight after the horrific murders at the First Baptist Church in Sutherland Springs, Texas, where an evil prohibited possessor took the lives of 26 innocents and injured 20 others.

That murderer was convicted of domestic assault during a court-martial and thus ineligible to legally purchase or carry a gun before his spree. Yet because his record was not submitted to the federal database, the National Crime Information Center (NCIC), which is referenced during a background check at the point of sale when purchasing a firearm, he was able to legally purchase firearms.

The Air Force took responsibility and vowed a lengthy review and to never repeat the error. The Chicago Tribune examined other cases of oversight wherein states and even government agencies failed to forward similar cases to the NCIC.

For the system to properly work requires information. For us to properly address why these awful tragedies keep occurring, we need to ask why and give that every effort instead of only ever focusing on the how, with no considerations for anything else.

We have a society that champions disrespect for life, abandons responsibility for one’s actions, a society that redefines criminal activity by calling it a “loophole” instead of what it is, a criminal act; a culture that is slowly accepting violence as a legitimate form of disagreement, a society where male role models are hard to find and there is a crisis among young men that isn’t attributable to video games (are Republicans seriously entertaining the idea of exchanging gun control for game control?). We need to fix these problems for our society to work properly.

I hope that those promoting red flag laws address these concerns and answer questions like: What do red flag orders offer that our current legal options (civil commitments, TROs, et. al) do not? Why a long 14-day waiting period (Rubio’s bill) to defend oneself in court? Where are confiscated firearms to be kept — and if the answer is with local law enforcement, how are local enforcement agencies empowered to both store confiscated firearms and assume liability for that storage?

For friends of mine who have proposed Gun Violence Restraining Orders (GVRO), how soon are respondents able to defend themselves against claims, particularly ex parte orders? And with either ERPOs or GVROs, will any considerations be given to women defending themselves against domestic abusers who might misuse the system to render their victims defenseless?

How will GVROs be lifted — and doesn’t that still require the respondent to prove his or her innocence? Is anyone concerned that both of these proposals still invert the presumption of innocence until proven guilty?

We all want to save lives and prevent terrorists, dangerously mentally unstable, or just plain evil people from carrying out horrific intentions. If preserving innocent people’s right to defend themselves with force equal to that of their potential attacker is off the table, then how?

Dana Loesch is a nationally syndicated talk radio host of “The Dana Show” with Radio America and a best-selling author.

The moral of the story, we should be careful when considering reversing our rights.
Scott Moseman
http://www.TheHEMI.com/
Follow us:

Agree Rd Flag laws are a bad idea. You know they will (already are) be abused.
Top

"In fact, the Parkland murderer was coddled by a school district that pretended a refusal to report crime (thereby suppressing their criminal statistics) was the same thing as reducing crime, and they received federal dollars for it." Heard the same thing about Trayvon Martin. The District where he lived didn't charge him & he was sent north to relatives.
Top

George wrote: ↑
Thu Jul 09, 2020 10:17 am
"In fact, the Parkland murderer was coddled by a school district that pretended a refusal to report crime (thereby suppressing their criminal statistics) was the same thing as reducing crime, and they received federal dollars for it."

Why Meadow Died: The People and Policies That Created The Parkland Shooter and Endanger America's Students
https://smile.amazon.com/Why-Meadow-Die ... 1642932191

Speaking of the Parkland shooter, this is a great book covering how the events unfolded.
Scott Moseman
http://www.TheHEMI.com/
Follow us: