Trump had an economic record that will be remembered

Trump had an economic record that will be remembered 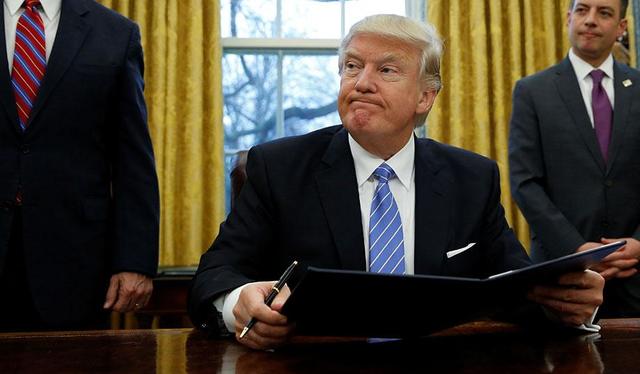 Donald Trump had an economic record that will be remembered
https://thehill.com/opinion/finance/535 ... remembered


I can never defend Donald Trump’s behavior since Election Day in November; it deserves condemnation. But this must not detract from Trump’s impressive economic record, especially when it comes to the improvement in the financial status of America's middle class and minorities. Tens of millions of Americans benefited mightily from his “Make America Great Again” policies.

It’s vital to get these facts straight because the historical record should be accurate. No matter what one thinks of Trump, we need to learn the right policy lessons of what works and what doesn’t work in creating broad-based prosperity for America. The economic experiment called Trumponomics was this. Trump cut taxes, deregulated the economy, promoted American energy production, and renegotiated trade deals in ways that put America first.

Just as happened when Ronald Reagan became president, almost all of the liberal commentators and academics predicted not only that the policies wouldn’t work but that they would tank the economy and stock market. The Washington Post in October 2016 famously declared, “A President Trump Could Destroy the World Economy.”

So let’s first examine the successes in Trump’s first three years before the pandemic flattened the economy. The unemployment rate hit a low of 3.5 percent, which was near the lowest in half a century. The inflation rate fell to 1 percent, which was actually below the level the Fed targets. This has kept interest rates on mortgages, car loans and business loans down to their lowest levels in modern times.

The percentage of Americans who fell below the poverty line declined to its lowest level in recorded history in 2019. The wealth of American households, including their stocks, their savings and their homes, ranches and businesses, rose to their highest level in American history. According to the Census Bureau, median household income rose to above $65,000, up by more than $5,000 in three years. This was almost double the gain of the previous 12 years.

Perhaps most impressively, almost all of these gains were most pronounced for minorities, notably Blacks and Hispanics. Liberals are now countering this record by complaining that Trump is the first president in modern times to lose jobs in four years. This is, quite obviously, a result of the once-in-a-century pandemic, and unless the left blames Trump for the virus, the real issue is how well has the economy rebounded?

The unemployment rate was expected to be 8 percent to 10 percent, according to projections by CBO, the Federal Reserve and most Wall Street “experts.” Instead it has fallen to 6.7 percent from 13 percent in just six months. The growth rate hit an all-time quarterly high of 33.3 percent in the third quarter of 2020 and the latest estimate is for growth of 8 percent to 9 percent for the just-ended 4th quarter.

No wonder, at the end of the Trump presidency, almost six of ten Americans said they were better off than four years ago, even with the pandemic. Contrary to the “economic crisis” that President Biden says he has inherited, most experts expect the great American engine of economic growth to roar back to life in 2021 with 6 percent GDP growth. Why? Because of the vaccine that will save potentially hundreds of thousands of lives in the United States and millions around the globe. Oh, yeah, that was Operation Warp Speed. Another wildly successful Trump program. Not bad at all.

COVID pandemic aside, America was running great under Trump's leadership.

I'm not a fan of Trump the person, but I'm a fan of many of his accomplishments.