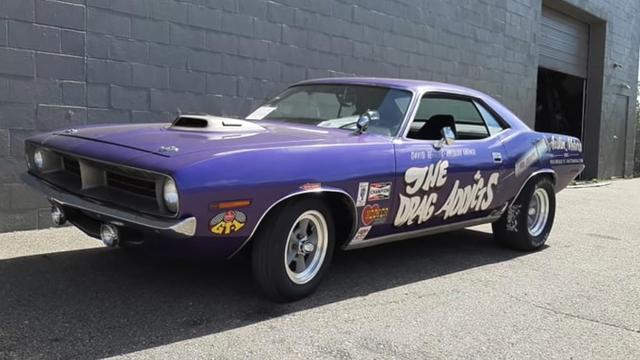 
Barn finds — old, neglected automotive machinery from a bygone era — are the ultimate time-capsules to anyone with any inkling of interest in cars. These cars, trucks, and even engines don’t necessarily have to be rare cars, numbers-matching, desirable, or even in a condition worthy or capable of restoration…it’s simply the mystique and the magic of unearthing a piece of American history that no one has laid eyes on in decades. Sometimes it’s a hit — an incredible story of a rare, original, and valuable classic know one knew still existed, left hidden away in the elements; other times, it’s a slant-six Dodge Aspen with more rust than not. You never quite know what you’re going to get, but everything, valuable or not, has a story.

In this case, it’s the former.

Veteran journalist Tommy Lee Byrd, years ago, befriended a fellow Tennessee native, Milburn Varner, who unearthed his 1970 Plymouth Barracuda 440 six-pack automatic. As Byrd shares in his account via his Hot Rod Hoarders YouTube page, Varner bought the car specifically for Super Stock drag racing — he drove it the 25-miles home after its purchase, made a few mechanical changes allowed per the rules at the time, and went racing. During its tenure, Milburn purchased a rare 1967 Plymouth GTX convertible with a factory Hemi — literally one of just 17 built — and robbed the engine to put in the Barracuda.

In 1974, Milburn and partner David Rehring parked the ‘Cuda, stored it away, and there it sat. Four decades later, Varner shows it to Byrd with a mere 149-miles on odometer. Oh, and he still had the Plymouth GTX, numbers-matching to the engine, as well.

Byrd shares the story in greater detail than we can here, so we’ll leave that to him, but Varner, in recent years, passed away — the good news is, both the ‘Cuda and the GTX went to a new home in Michigan and have been treated like royalty by their new owner, Dean Herron. And if they ever hit the open market — a one-of-17 and a 149-mile original in impeccable condition — hang on to your hats when the bidding begins!

Watch the video and learn more about the history of this 149-mile 1970 HEMI 'Cuda race car!