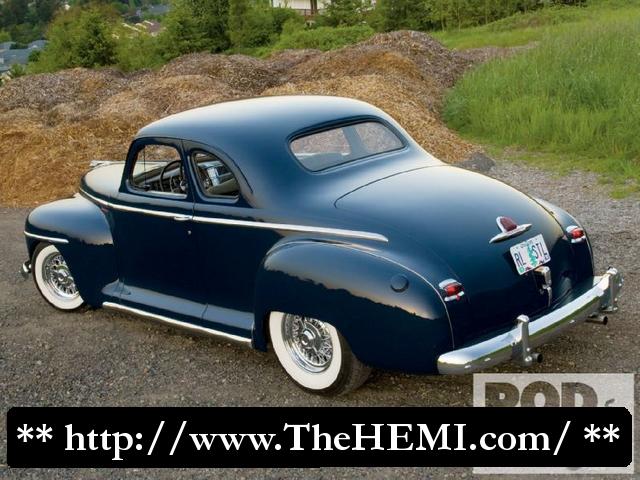 
Drivetrain
The '55-vintage Dodge Super Red Ram Hemi that Earl Floyd rebuilt for the car measures 270 inches. In four-barrel trim, it made 193 hp but with six barrels it's probably a touch more than 200. As part of his 12-volt conversion, Steve installed a PowerGEN alternator. An adapter makes the marriage between the engine and the S-10 configured BorgWarner T-5 five-speed transmission possible. Since it was already a double-jointed piece, the driveshaft merely needed a little off the length and a yoke for the GM transmission.

Click on the link to read the entire story on this car!
Scott Moseman
http://www.TheHEMI.com/
Follow us:

Nice!!! They don't come much sweeter than
that!