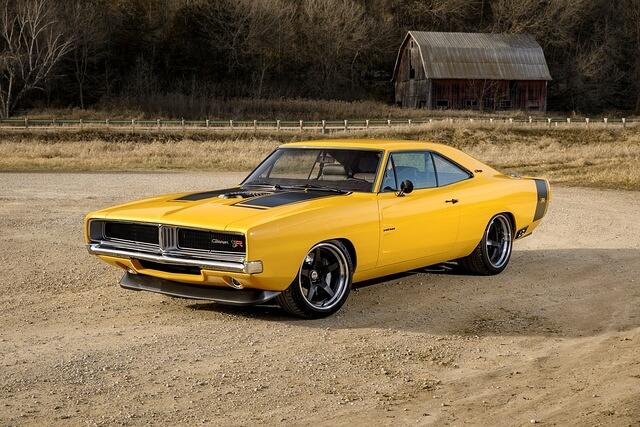 
For the 1969 model year, the Charger was offered with anything from the lowly 383 to the 426 HEMI that makes enthusiasts go weak in their knees and skip a beat. This particular example is even more appealing thanks to a Hellcat supercharged V8 mill with a streetable 707 horsepower on tap.

Dubbed “CAPTIV” by its owner, New Zealand-based motorsports legend Greg Murphy, the one-of-one creation is also rocking 650 pound-feet (881 Nm) at 4,800 revolutions per minute. Instead of the TorqueFlite 8 automatic, this restomod has been equipped with a Tremec manual that’s much obliged to sustain the peak torque mentioned earlier. Lest we forget, even the Dodge Challenger SRT Hellcat flaunts the Tremec TR-6060.

“This project has been years in the making,” said Ringbrothers co-owner Jim Ring. “The project was started more than 8,000 miles (12,875 kilometers) from where it was finished, with work being carried out on either side of the Pacific. Greg and his team did phenomenal work before it came here, and it was a joy to work on such an amazing build together.”

Founded in 1993, the Minnesota-based suspension and driveline specialist is also responsible for the carbon-fiber driveshaft hiding under the floorpan. A carbon-fiber flat-bottom steering wheel also needs to be mentioned, along with a cutout in the hood that enables the supercharger cover to peek out for extra visual drama. Beautified with black-finish side mirrors, door handles, and badges, the snazzy build took 4,000 hours from start to finish.

Another HEMI powered masterpiece by the amazing folks at Ringbrothers.