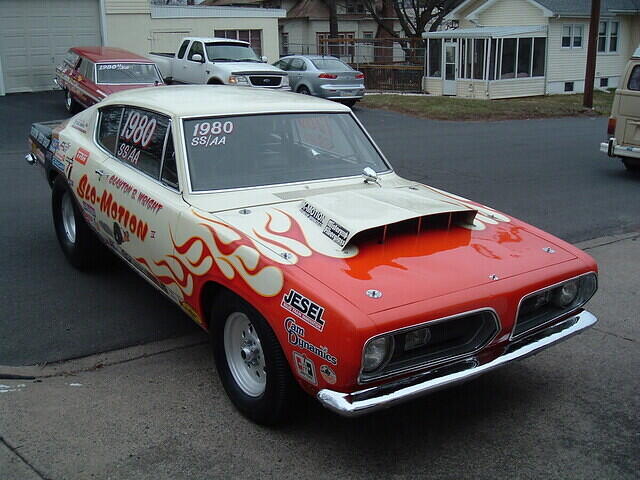 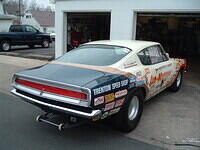 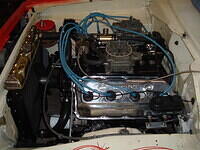 The passenger seat of this car has only been used a very few times. This is 1 of 50 factory race cars produced by Chrysler Racing. 50 Cudas and 50 Darts were sent to George Hurst to be converted into a competitive drag race car. All unnecessary hardware (door crank, window mech., etc.) were discarded. Some metal parts were acid dipped to reduce weight. Fixed rear windows. Front window straps. 1/8" Cemicore Ultralite Glass (only the R/R quarter glass is not original) was installed. A fiberglass hood and front fenders installed. Lightweight van bucket seats. Racing modifications were made wherever possible. Racing weight of less than 3000 lbs. That was the goal of The Hurst/Chrysler effort.

This HEMI Cuda has the following equipment:

The HEMI was purchased new in 1968 by James A. Thomas & Milton E. Updyke of Tyrone Pa. In 1970 Samuel S. Pannuty purchased it and sold it to 2 brothers that raced it as an A Modified. Sam then traded another car to the brothers & got the HEMI back, then traded it to a Bill McCoskey for a 65 Plymouth. Sam then bought the HEMI back from Bill McCloskey. In 1973 it went to Sox & Martin for the motor & Chick DeNino for the cage and suspension. In 1976 the HEMI was sold to Bob Keyser. Clayton B. Wright bought the car from Bob Keyser in 1977 and has owned it ever since.

Some of the Race and Record History of this HEMI:

Since retirement this Cuda has been used mainly for shows. It has a rebuilt 426 HEMI motor that would not be competitive by today's standards. Its more for nostalgia than speed.

This vehicle is being Sold As/Is Where/Is. Buyer is responsible for all transportation charges.

I have tried to describe car as harshly as I could so that there will be no dissatisfaction. I Will consider all reasonable offers.
Thanks Clayton

Someone needs to give this Barracuda BO29 a good home! How often do you see them?