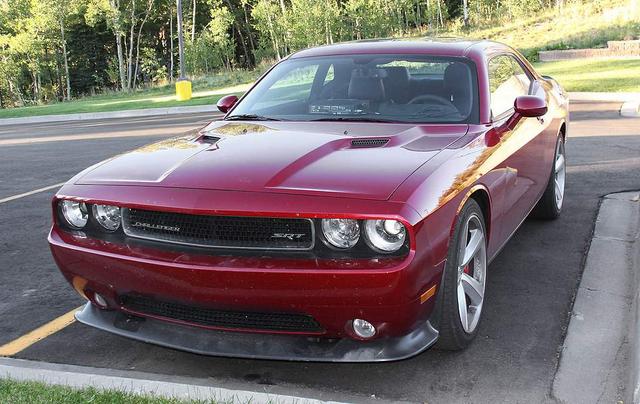 
Almost all of Chrysler's lineup is going under the knife in the next several months, including the Dodge Challenger. We've just caught the 2011 Challenger SRT8 without an ounce of camouflage.

On the outside, the biggest change is a redesigned lower fascia. There is also a new, more pronounced chin spoiler and new door handles. Inside, there is a new steering wheel, slightly revised climate controls and new graphics on the instrument cluster. A peek at the floorboard reveals new, aluminum pedals.

Under the hood, Chrysler's new 6.4-L Hemi V-8 is lurking, with a rumored output of 480 horsepower and 450 pound-feet of torque. Eventually, the 6.4-L will be mated to Chrysler's new 8-speed transmission.