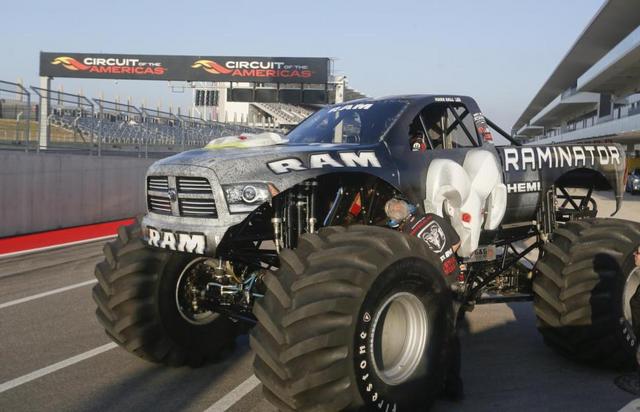 This is one mean speed machine!

Ram Trucks announced Monday that its Raminator monster truck had official broken the Guinness World Records record for “Fastest Speed for a Monster Truck.” The hulking 5.15-ton, 10-foot-tall truck managed to reach 99.10 miles per hour at Circuit of the Americas in Austin, Texas.

“Taking on the challenge of breaking a world record has been an experience we will never forget,” said Hall Brothers Racing President and Crew Chief, Tim Hall, in a statement. “With the support of Ram and Mopar, we continue to add to our achievements and are honored to now be a Guinness World Records holder.”

The Raminator packs in a Supercharged 565-cu.in. Hemi V-8 engine that is capable of making more than 2,000 horsepower.

Built and operated by Hall Brothers Racing Team of Champaign, Ill., the truck has been named Monster Truck Racing Association’s “Truck of the Year” eight times, while Raminator driver Mark Hall has earned the title of “Driver of the Year” nine times.